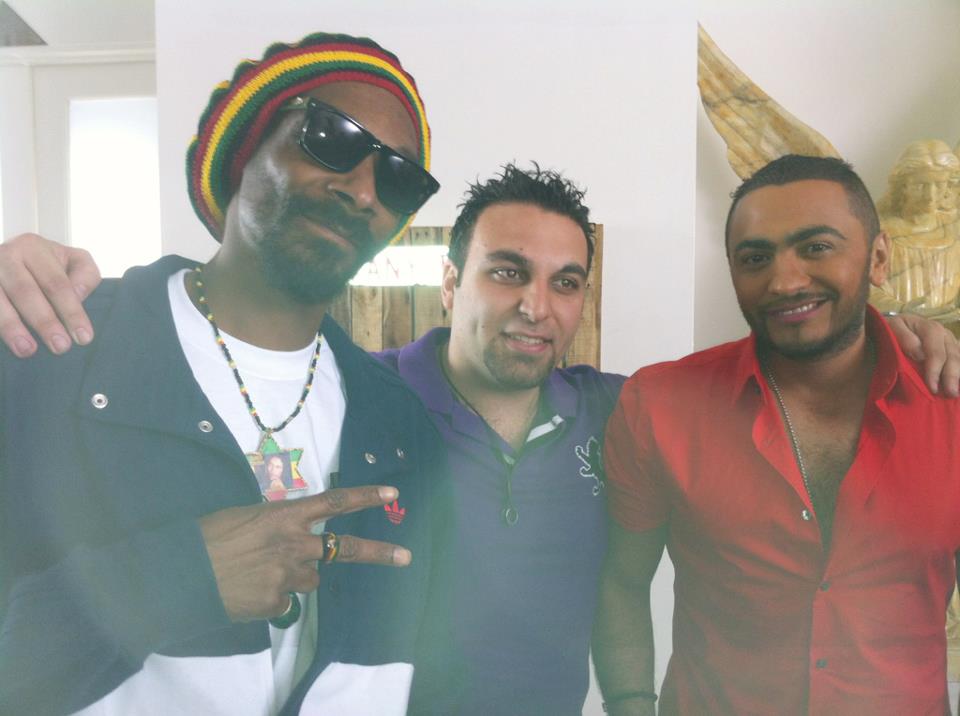 Tamer Hosny a new name we have been hearing a lot recently after all his collaboration with different American and international artists such Snoop Dogg, R-Kelly, Shaggy, Aljandro Fernandiz, Akon, Busta Rhymes and many more. His deep powerful voice made him an icon in Africa and the Middle East.  As his success continued his popularity began expanding all over the world, especially here in the U.S.A. Tamer has won best artist in Africa for many years.  He is known not only for his music but he is also known to make appearances in multiple movies that have all broke new records at the box office. Our team was with him during the shooting of his music video Si L Sayed featuring Snoop Dogg, directed by Tarik Freitekh produced by Kyle Perry.  We found him to be an extremely humble guy and he welcomed us to his private room to talk to us while he was on his break. He even agreed for us to take photos with him.  To show just how popular Tamer has become his concert in Morocco over a half a million people came to see him perform.  Still he remains to be a humbled and talented artist, we wish him all the best.