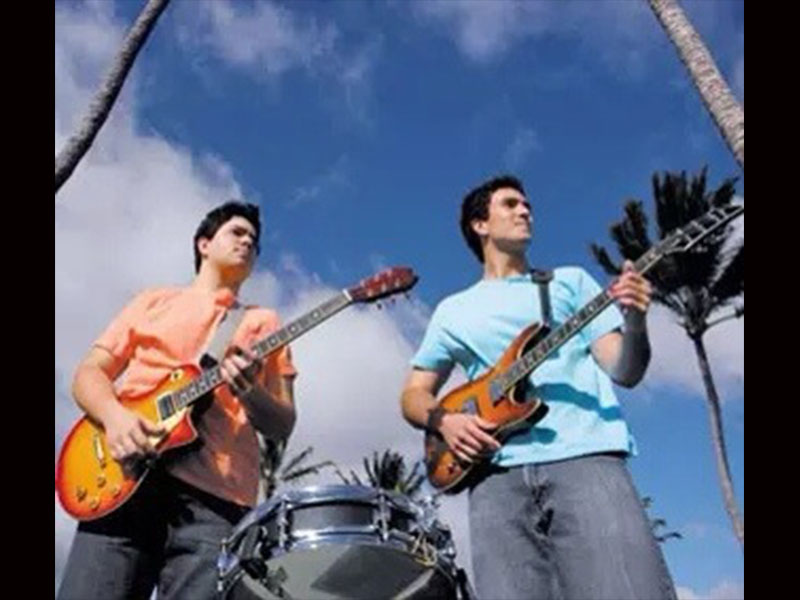 Hailing from Hawaii, the young ultra-talented and inspirational alternative rock band Red Light Challenge (www.redlightchallengeband.com), have recently been nominated for an impressive music award at the prestigious 24th Annual Los Angeles Music Awards, set for November 12th at the plush Avalon Hollywood. This is the first time in the history of the LA Music Awards that any performer from Hawaii has been nominated.

Red Light Challenge, who originates from Honolulu on the Hawaiian Island of Oahu, is made up of brothers Sean (21) and Kyle (17) Luster. The pair has recently been featured in media outlets across Hawaii in celebration of both the band’s original music and staggering fast-paced international successes. The boys are now set for global stardom as they vigorously rehearse ahead of various performances booked in Hollywood, the entertainment capital of the world, later this month.

“We are thrilled to be making history for Hawaii at the LA Music Awards this year.” said Kyle Luster, the multi-instrumentalist and live drummer. “We are so thankful to our family, friends, fans and sponsors for supporting us and of course voting. We’re ready to light up stages around the world with our music. ”

Sean Luster, who is the lead vocalist and guitarist, added “We have been performing our latest music in Hawaii and it has been very well received. It’s an honor to be the first band from Hawaii to ever be nominated for the LA Music Awards, and we are excited to take the next leap forward in our careers and head to Hollywood this month and perform.”

The LA Music Awards voting for Red Light Challenge is well underway at www.lamusicawards.net/nominees. The band will also be incorporating a short tour, by popular demand, during their time in Los Angeles with shows penned for June 18th at Witzend, Venice and June 20th at Amplyfi, Hollywood with more dates to follow. They will also be in attendance on June 19th at the Whisky A Go-Go in Hollywood for the LA Music Awards Nominee and Press Event.

Aside from performing, Red Light Challenge is keen to give back to music programs in public schools across the country. They have created a non-profit community-involvement program called “Red Light Challenge, Green Light Go” where the band performs and speaks with public school students. The brothers are conscientious about the songs they diligently write with their ultimate goal to inspire younger generations in both music and the arts.

Voting for the band Red Light Challenge is simple at www.lamusicawards.net/nominees.

Select the category; ‘Hot AC Artist’ and cast them your vote!

For further information on interviews and media coverage contact: